A topsy-turvy 2020 for the self-storage industry most definitely ended up on top in terms of rental prices for storage properties across the county.

According to two industry research firms and other industry players, self-storage rental prices finished 2020 comfortably above price levels at the end of 2019, a highly unusual and unexpected year-end development after months of pandemic lockdowns, social-distancing restrictions and intense economic uncertainty.

Indeed, last year will “likely go down as one of the strongest years for self storage in its history,” according to a new end-of-year report by Radius Plus, the research arm of Union Realtime.

“I don’t want to say it was unprecedented, but it was very unusual,” Chris Nebenzahl, editorial director at Yardi Matrix, said of the wild price swings last year that finished solidly up by the close of 2020.

Year-end price data vary from firm to firm, largely due to differences in what markets and storage facilities are tracked by analysts. But both Radius Plus and Yardi data show roughly the same trend: A very strong price surge at the end of 2020, driven by higher demand for self-storage space.

Radius Plus data shows that rental prices for the nation’s major self-storage real estate investment trusts (REITs) surged 15 percent year-over-year by the end of 2020, while general prices in the top 50 metropolitan markets increased by about 11 percent.

Though the firms’ price-change differences are large, both Radius Plus and Yardi agree that it’s rare for nationwide prices to end a calendar year on a strong upswing. Normally, prices are heading downward toward the end of a calendar year, after traditionally stronger spring and early fall seasons.

An Atypical Year for Storage Trends

“The behavior of the market was just not normal last year. But how is a market supposed to act in a pandemic? It wasn’t a normal year.”

The price increases seem to have spilled over into the early weeks of 2021.

As of late January, Schontz said occupancy rates at City Line’s mature properties were up about 5.5 percent over last year’s numbers. Meanwhile, street-rent prices were up about 8.7 percent, he said.

Most agree that there was a major pandemic-caused shifts in industry behavior in 2020, with the market freezing up last spring, due to initial coronavirus lockdowns and strict social-distancing rules in many parts of the U.S. Both move-in and move-out activity came to a virtual standstill at many facilities, industry players say.

“There was no March, April and May season last year,” said Steven Weinstock, first vice president at Marcus & Millichap.

But then business – and prices – started to pick up in the second half of 2020. And they never stopped rising.

A Massive and Sustained Recovery

The question is: Were the late-year price spikes driven by new demand – or were they merely delayed rent increases from what normally would have happened last spring?

Cory Sylvester, a principal at Radius Plus, said he thinks the price increases are the result of “massive and sustained” new demand caused by the economic downturn, as evidenced by higher occupancy rates in general.

Others say it’s probably a combination of the two: New pandemic-era demand plus leftover demand from spring 2020.

Not all markets have seen price spikes. The Minneapolis-St. Paul metropolitan market, for instance, continued to struggle with sluggish prices throughout 2020, largely due to a huge surge in new self-storage supplies a year ago, industry officials agree.

But most other metro areas saw major year-over-year prices increases in December, including a 30 percent spike in the Riverside/San Bernardino, California market, a 25 percent jump in the Miami/Fort Lauderdale market and a 24 percent surge in San Francisco, according to Radius Plus data.

Other metro areas that saw strong year-over-year increases in December include Chicago, New York, Philadelphia and Washington, D.C., among others, according to Radius Plus data.

At 1031 DST Solution presented by Corcapa 1031 Advisors, we provide guidance and help investors find the best investments in the marketplace. Contact us today for a review of your real estate portfolio. – (949) 722-1031.

Please complete the information below to register for access to current 1031 exchange replacement offerings.

We respect your privacy. We Promise To Not Sell Your Information Ever. 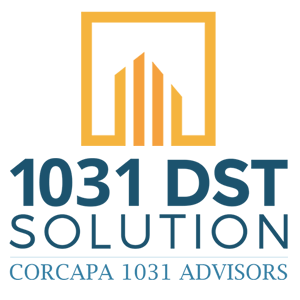